This week is a little bit shorter in US, so weekend good reads come a little earlier. Let's find some good reads for this long weekend.

And to wrap up this issue, here is a great video for those who are interested in security – Using A Magic Wand To Break The IPhone's Last Security Barrier by Tihmstar | hardwear.io NL 2022.

Happy holidays and see you next week!

On Apple Silicon, we’ve introduced our first round of features for Windows 11 on Arm. In this release VMware Tools provides virtual graphics and networking, and more is still to come. With certified and signed drivers Windows 11 looks fantastic, and adjust the resolution to 4K and beyond!
Note that Fusion on Apple Silicon must run the Arm variant of Windows 11, and it does not support the x86/Intel version of Windows.

Issue 51 of good reads. And this one has a lot of interesting stuff.

With that let's conclude this week. See you next time!

Apple continues to polish different aspects of iOS – this beta provides more options for always-in display – wallpaper and notifications could now be turned off.

This update is to introduce Freeform app for collaborative editing to multiple Apple platforms.

Wow! It's 50th episode here. Let's get something interesting for today's good reads.

Big list for this week. And, as always, more to come next time!

Some of the issues fixed by this update include spontaneous WiFi disconnects reported by some iPhone users.

Also, Apple now limits AirDrop 'Everyone' access to 10 minutes in China addressing AirDrop spam that could be delivered, if user forgets to put more restrictive access mode for AirDrop.

This change though could be also a result of China regulators trying to limit spread of anti-government materials. This change seems to be affecting only devices bought in China and is not affected by regional settings in the operating system. 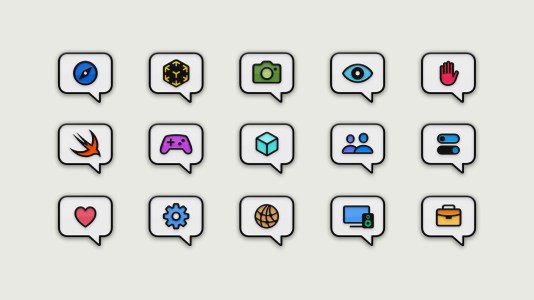 Join us for another exciting week of the Ask Apple developer series, where you can connect directly with Apple experts. Ask about integrating the latest technologies into your apps, designing intuitive UIs, testing on the latest software, and so much more.

Online one-on-one consultations and group Q&As will run November 14 to 18, with activities in multiple languages and time zones. Registration is open now to current members of the Apple Developer Program and Apple Developer Enterprise Program.

And stay tuned for details on the next round of the Ask Apple developer series taking place in December.

iOS 16.2 is to launch 5G in India, Medication Widget is added.

Also iOS 16.2 introduces Custom Accessibility Mode which guides user with accessibility settings in a streamlined manner. It is not yet known, if iOS 16.2 will actually ship this functionality.